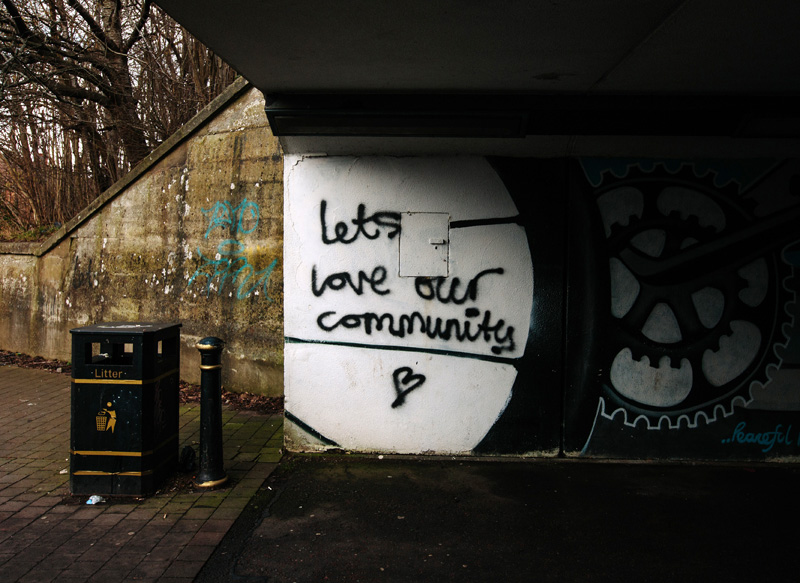 “Where everything’s broken, anything’s possible. Thomas Edison supposedly said that opportunity is missed by most because it’s usually dressed in overalls and looks like work. As I think back through the history of innovation, and look at people such as Charles and Ray Eames and Frank Lloyd Wright and Edison and all the others who broke into a space that we had not seen before, they worked in transitional places. That’s why I think opportunity looks like Detroit.

“I tell people, if you are not needed where you are right now, you are needed in Detroit. But before you show up, you need to know that it ain’t damn Disneyland for hipsters.” – Josh McManus

“As the commitment to downtown grows larger, everything becomes easier. It’s inch by inch, brick by brick. The more people come in, the more difficult it is for skeptics and pessimists to have a credible position. We offer a lot of internships–600 interns from across the country. You can intern in Chicago or New York and do fine. But if you come here, you have an opportunity to affect the outcome. That is a big selling point for this generation.

“I’m approaching my 50th birthday. I’m not going to be on my deathbed one day thinking, Man, aren’t you happy you just stayed in the suburbs in your asphalt parking lot and didn’t try (to make a difference in Detroit)?” – Dan Gilbert

“Lowly, unpurposeful and random as they may appear, sidewalk contacts are the small change from which a city’s wealth of public life may grow.” – Jane Jacobs

“Being a convener is a tremendous opportunity that local government leaders have. To convene people in a way that allows them to feel equal and that their opinions matter is critical for moving this conversation forward.” – Matt Zone, Cleveland councilman

“The surest path to safe streets and peaceful communities is not more police and prisons, but ecologically sounds economic development. And that same path can lift us to a new, green economy—one with the power to lift people out of poverty while respecting and repairing the environment.” – Van Jones

“Horizontal governance does not mean no one gets a voice, it means everyone does. A person or group who attempts to suppress the voices of others is attempting to seize control. In an interactive, decentralized world, the voiceless do not need someone to be their voice. They need a megaphone.” – Heather Marsh

“Good governance in a democracy is impossible without fostering in our communities and the electorate, an appetite for leaders who are committed to respectful conduct.” – Diane Kalen-Sukra

“In essentials, unity; in non-essentials, liberty; in all things, charity.” – Sign on wall of Twisp Grange