President Obama releases his decision about immigration and the news networks could care less.

Since when has a President’s speech been ignored?

When did the news decide the President was irrelevant?

When all the national news went strangely silent

on a report of potentially important information

with national implications, did they really believe

their own programs were more important?

It is not like he was reporting he had his teeth clean.

He was talking about a solution to immigration.

and after all the hollering by the other political party

you would think what the President had to say

would be important. The news would rather recycle

the same complaints from the same sources,

than to hear what would actually be said. Here they were

announcing the sky was falling, when it hadn’t,

about what he might do when he hadn’t done anything.

Here was the President talking to no reporters,

not even the impolite ones who want to interrupt

with their own political agenda before listening,

then asking questions. When did everything change?

I have been against every President since Kennedy,

for one kind of policy or another, but I never interrupted.

I sat in the hailstorms when no one else was around,

chanting about peaceful solutions until my throat died.

I sat in the maelstroms of anger aimed at my protests

while I listened to their objections and considered them.

I thought they were wrong, mumbled and said they were,

but I never screamed back. If I did not like what was said,

I listened like an echo for what I needed to say.

They say it is not the color of his skin, but they say

it with colorful language. They say it’s not his politics,

but they repeat all the other party’s words

They say it is not worthy of news after saying

so many reports against what he was going to do

like they were prophets and knew what was best.

They must be afraid of a dialog, a second opinion,

or realize that this has been an evolving process,

talked about by Reagan. It should not be a surprise,

and although the decision does not go all the way

to solve immigration, it has taken too long

to get this far, having so many shouters not listening,

it is hard to know what to do. Instead of talking

about solutions, the fear of different people

has been around every time a new culture moves in.

When does this ever change? 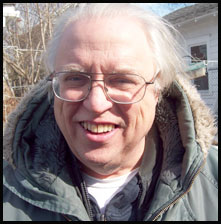 Not buying it | The need

The right to food | An interview with Hilal Elver
Civil disobedience