“It is not enough for me to stand before you tonight and condemn riots. It would be morally irresponsible for me to do that without, at the same time, condemning the contingent, intolerable conditions that exist in our society. These conditions are the things that cause individuals to feel that they have no other alternative than to engage in violent rebellions to get attention. And I must say tonight that a riot is the language of the unheard.” – Martin Luther King, Jr.

“Colorful demonstrations and weekend marches are vital but alone are not powerful enough to stop wars. Wars will be stopped only when soldiers refuse to fight, when workers refuse to load weapons onto ships and aircraft, when people boycott the economic outposts of Empire that are strung across the globe. ” ― Arundhati Roy

“If you accept a democratic system, this means that you are prepared to put up with those of its workings, legislative or administrative, with which you do not agree as well as with those that meet with your concurrence. This willingness to accept, in principle, the workings of a system based on the will of the majority, even when you yourself are in the minority, is simply the essence of democracy. Without it there could be no system of representative self-government at all. When you attempt to alter the workings of the system by means of violence or civil disobedience, this, it seems to me, can have only one of two implications; either you do not believe in democracy at all and consider that society ought to be governed by enlightened minorities such as the one to which you, of course, belong; or you consider that the present system is so imperfect that it is not truly representative, that it no longer serves adequately as a vehicle for the will of the majority, and that this leaves to the unsatisfied no adequate means of self-expression other than the primitive one of calling attention to themselves and their emotions by mass demonstrations and mass defiance of established authority.”  ― George F. Kennan

“If you’re not going to use your free speech to criticize your own government, then what the hell is the point of having it?” ― Michel Templet

“Every morning when I wake up I ask myself whether I should write or blow up a dam.

“When dams were erected on the Columbia, salmon battered themselves against the concrete, trying to return home. I expect no less from us. We too must hurl ourselves against and through the literal and metaphorical concrete that contains and constrains us, that keeps us from talking about what is most important to us, that keeps us from living the way our bones know we can, that bars us from our home. It only takes one person to bring down a dam.” ― Derrick Jensen

“There is a heady sense of manhood that comes from advancing from apathy to commitment, from timidity to courage, from passivity to aggressiveness. There is an intoxication that comes from standing up to the police at last.” ― David T. Dellinger

“I have always looked on disobedience toward the oppressive as the only way to use the miracle of having been born.” – Oriana Fallaci

“Does anyone really believe that a pattern of exploitation old as our civilization can be halted legislatively, judicially, or through any means other than an absolute rejection of the mindset that engineers the exploitation in the first place, followed by actions based on that rejection? This means if we want to stop the destruction, we have to root out the mindset.” ― Derrick Jensen

“You’re not supposed to be so blind with patriotism that you can’t face reality. Wrong is wrong, no matter who says it.” – Malcolm X

“Each man must for himself alone decide what is right and what is wrong, which course is patriotic and which isn’t.  You cannot shirk this and be a man.  To decide against your conviction is to be an unqualified and excusable traitor, both to yourself and to your country, let men label you as they may.”  – Mark Twain

“If we desire respect for the law, we must first make the law respectable.”  – Louis D. Brandeis

“We should never forget that everything Adolf Hitler did in Germany was ‘legal’ and everything the Hungarian freedom fighters did in Hungary was ‘illegal.’”  – Martin Luther King, Jr.

“I think that we should be men first, and subjects afterward.  It is not so desirable to cultivate a respect for the law, so much as for the right.”  – Henry David Thoreau

“As long as the world shall last there will be wrongs, and if no man objected and no man rebelled, those wrongs would last forever.”  – Clarence Darrow 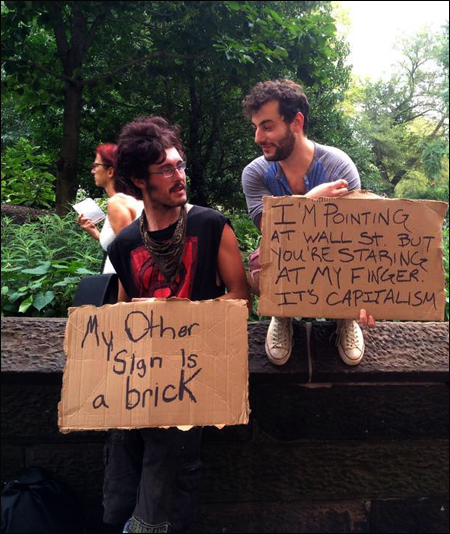