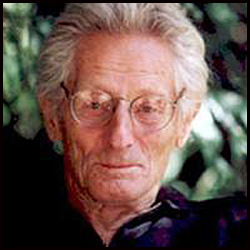 …We have decided to go back to the dolphin work, examine it very carefully, and do some entirely new work with the dolphins. Dolphins are very exciting to work with. They are playful, curious, and develop very close attachments for humans. They are infinitely patient with us. In all of our work with the dolphins no one was badly injured over a thirteen-year period. …Their discipline with humans in the water is really amazing. If they do not want you in the water they bang their beaks against your legs just hard enough to move you out of the water. If you insist on coming into the water, they may scratch your skin with their teeth in a very precise controlled fashion. When I remember that a dolphin can bite a six-foot barracuda in two with those teeth, I can imagine them biting my leg or my arm in two; however, this never happened in spite of this capacity to do so.

The largest of the dolphins are Orcinus orca and are in captivity in large numbers in the United States, Canada, and England. At no time have any of these huge dolphins injured the people that swim with them.

This is the most astonishing property of these large brains—their gentleness, forbearance, and care of us. The dolphins we worked with over the thirteen-year period had brains twenty percent to forty percent larger than ours. Orca has a brain four times the size of ours.

Dr. Peter Morgane, Dr. Sam Jacobs, and Dr. Paul Yakovlev developed three dolphin brains that were totally preserved so that every cell was still present. When we looked at these sections, I suddenly realized that these resembled the human brain to the point where the unpracticed eye could not tell the difference between the cortical layers of the human and those of the dolphin. The only significant difference was that the dolphin had a thicker layer number one on the outside of the cortex. From studies of the eleven thousand microscopic sections made of these brains, Morgane, Jacobs, and Yakovlev have been writing many scientific papers and are currently preparing an atlas of the dolphin brain. The material they have used for this atlas is better than anything that has been done to date on the human brain.

These results show that the dolphin’s cell count is just as high per cubic millimeter as that of the human. The material also shows that the connectivity—i.e., the number of cells connected to one another—is the same as that in the human brain. They have also shown that there are the same number of layers in the cortex of a dolphin as there are in that of a human.

In other words, this brain is as advanced as the human brain on a microscopic structural basis.

They have also shown that the dolphin brain has quite as large “silent areas” as does the human brain. Let me explain:

We have frontal lobes and parietal lobes, the greater part of which are “silent,” i.e., there are no direct motor outputs or sensory input from or to these parts of our brain. It is the silent areas that distinguish us from the chimpanzees and from the gorillas. We have, of course, an anthropoid brain, but it has been enlarged only in the silent areas.

An examination of the brain of Tursiops truncatus, the bottlenose dolphin of the Atlantic, shows that their brain has enlarged over that of the smaller dolphin’s brain, purely by an increase in the size of the silent areas, even as we have enlarged our silent areas over those of the chimpanzees…

What do the silent areas do? Presumably these are the areas of our brain in which we do our major central processing (computations) as humans. That which we value most as humans (as opposed to smaller-brained animals) is in these silent areas. They are the association areas for speech, vision, hearing, and motor integrations and for relating these to all other activities of our bodies.