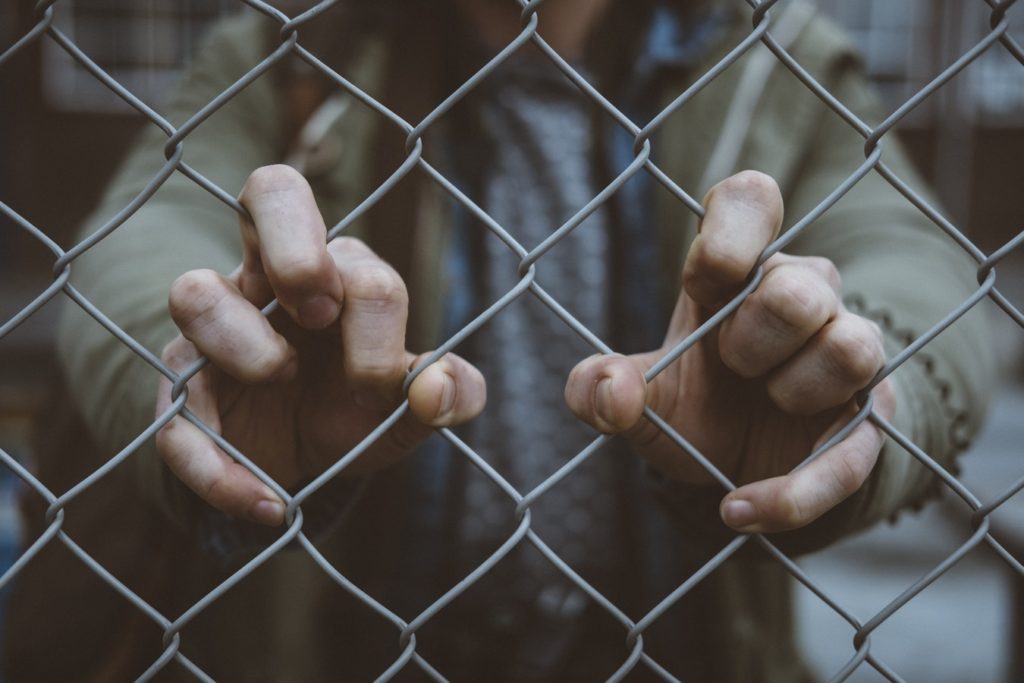 “Prisons do not disappear social problems, they disappear human beings. Homelessness, unemployment, drug addiction, mental illness, and illiteracy are only a few of the problems that disappear from public view when the human beings contending with them are relegated to cages.” – Angela Y. Davis

“I am convinced that imprisonment is a way of pretending to solve the problem of crime. It does nothing for the victims of crime, but perpetuates the idea of retribution, thus maintaining the endless cycle of violence in our culture. It is a cruel and useless substitute for the elimination of those conditions–poverty, unemployment, homelessness, desperation, racism, greed–which are at the root of most punished crime. The crimes of the rich and powerful go mostly unpunished.

“It must surely be a tribute to the resilience of the human spirit that even a small number of those men and women in the hell of the prison system survive it and hold on to their humanity.” – Howard Zinn

“The notion that a vast gulf exists between ‘criminals’ and those of us who have never served time in prison is a fiction created by the racial ideology that birthed mass incarceration, namely that there is something fundamentally wrong and morally inferior about ‘them.’ The reality, though, is that all of us have done wrong. Studies suggest that most Americans violate drug laws in their lifetime. Indeed, most of us break the law not once but repeatedly throughout our lives. Yet only some of us will be arrested, charged, convicted of a crime, branded a criminal or a felon, and ushered into a permanent under caste. Who becomes a social pariah and excommunicated from civil society and who trots off to college bears scant relationship to the morality of the crimes committed. Who is more blameworthy: the young black kid who hustles on the street corner, selling weed to help his momma pay rent? Or the college kid who deals drugs out of his dorm room so that he’ll have cash to finance his spring break? Who should we fear? The kid in the ‘hood who joined a gang and now carries a gun for security, because his neighborhood is frightening and unsafe? Or the suburban high school student who has a drinking problem but keeps getting behind the wheel? Our racially biased system of mass incarceration exploits the fact that all people break the law and make mistakes at various points in their lives with varying degrees of justification. Screwing up—failing to live by one’s highest ideals and values—is part of what makes us human.” – Michelle Alexander

“Prison is designed to separate, isolate, and alienate you from everyone and everything. You’re not allowed to do so much as touch your spouse, your parents, your children. The system does everything within its power to sever any physical or emotional links you have to anyone in the outside world. They want your children to grow up without ever knowing you. They want your spouse to forget your face and start a new life. They want you to sit alone, grieving, in a concrete box, unable even to say your last farewell at a parent’s funeral.” – Damien Echols

“We cannot incarcerate ourselves out of addiction. Addiction is a medical crisis that—when it comes to nonviolent offenders—warrants medical interventions, not incarceration. Decades later, data unequivocally illustrates that this war has been a massive failure. It has not only failed to reduce violent crime, but arrest rates—throughout its tenure—have continuously ascended even when crime rates have descended.” – Dominique DuBois Gilliard

“He who opens a school door, closes a prison.” – Victor Hugo

“Although a million black men can be found in prisons and jails, public acknowledgment of the role of the criminal justice system in “disappearing” black men is surprisingly rare. … Hundreds of thousands of black men are unable to be good fathers for their children, not because of a lack of commitment or desire but because they are warehoused in prisons, locked in cages. They did not walk out on their families voluntarily; they were taken away in handcuffs, often due to a massive federal program known as the War on Drugs.” – Michelle Alexander

“The anger you feel as a state-raised young person is beyond your ability to administer because it doesn’t proceed from a process of logic. It isn’t constructed from the conscious thought. Rather, the anger is the confluence of all you’ve pushed down inside yourself, the memories and unbearable truths you suppress and do all you can not to think about. Like the state itself, this anger is an amorphous entity, a hydra to whom an infinite number of faces, or images, are attributable, yet whose authority issues from a single omnipotent body. The anger is your subconscious reacting to everything you don’t allow yourself to see. And when it’s quiet and you’re alone, like during the times you spent in a cell in juvy or at night beneath the bridge, and one of these images rises in your consciousness like a brick pushing its way up out of the pit of your stomach and lodging sideways in your throat, it shatters you and renders you entirely unable to function, until you force it back down. I wish you could for one second feel what I’m talking about. Not that I wish the experience on anyone, but that you might understand. If you could feel the conflagration of rage born out of powerlessness and the feeling of worthlessness that is cultivated inside a young person raised by the state, you might begin to understand the problem—why raising young people in this way, then throwing them out onto the street makes them incompatible with society—at least incompatible with any society that endeavors to uphold the principle of human dignity. The anger engendered by state care colors your perspective of the world, and, I assure you, it makes it fucking hard to respect the law or authority of a state that not only irreparably harmed you but whose apathy and negligence you interpret as the intent that you not survive.” — Arthur Longworth

“It is said that no one truly knows a nation until one has been inside its jails. A nation should not be judged by how it treats its highest citizens, but its lowest ones.” – Nelson Mandela