“As in India in 1950, Africa today is a major food exporter. No French market would be complete without cut flowers, coffee, lobster, citrus fruits, and salad greens from across the Mediterranean. The total value of food aid coming in is less than the value of one of the smaller market segments—vegetables—going out. … Africans are hungry not because there is no food, but because there is no entitlement to food.” – Nick Cullather

“The word agriculture, after all, does not mean ‘agriscience,’ much less ‘agribusiness.’ It means ‘cultivation of land.’ And cultivation is at the root of the sense both of culture and of cult. The ideas of tillage and worship are thus joined in culture. And these words all come from an Indo-European root meaning both ‘to revolve’ and ‘to dwell.’ To live, to survive on the earth, to care for the soil, and to worship, all are bound at the root to the idea of a cycle. It is only by understanding the cultural complexity and largeness of the concept of agriculture that we can see the threatening diminishments implied by the term ‘agribusiness.’” ― Wendell Berry

“Someday we shall look back on this dark era of agriculture and shake our heads. How could we have ever believed that it was a good idea to grow our food with poisons?” ― Jane Goodall

“To husband is to use with care, to keep, to save, to make last, to conserve. Old usage tells us that there is a husbandry also of the land, of the soil, of the domestic plants and animals –obviously because of the importance of these things to the household. …And so it appears that most, and perhaps all, of industrial agriculture’s manifest failures are the result of an attempt to make the land produce without husbandry.” – Wendell Berry

“Here are two facts that should not both be true:

– There is sufficient food produced in the world every year to feed every human being on the planet.

– Nearly 800 million people literally go hungry every day, with more than a third of the earth’s population — 2 billion men and women — malnourished one way or another, according to the United Nations Food and Agriculture Organization.”  ― Michael Dorris

“It IS holy work, in Taker culture. The more competitors you destroy, the more humans you can bring into the world, and that makes it just about the holiest work there is. Once you exempt yourself from the law of limited competition, everything in the world except your food and the food of your food becomes an enemy to be exterminated.” ― Daniel Quinn

“The longer I think about a food industry organized around an animal that cannot reproduce itself without technical assistance, the more I mistrust it. Poultry, a significant part of the modern diet, is emblematic of the whole dirty deal. Having no self-sustaining bloodlines to back up the industry is like having no gold standard to underpin paper currency. Maintaining a natural breeding poultry flock is a rebellion, at the most basic level, against the wholly artificial nature of how foods are produced. ” ― Barbara Kingsolver

Especially within the last two hundred years, we’ve come to apply an industrial mind-set to the use of animals, too often viewing them as if they were nothing but articles of commerce and the raw material of science, agriculture, and wildlife management. Here, as in other pursuits, human ingenuity has a way of outrunning human conscience, and some things we do only because we can—forgetting to ask whether we should.”  ― Wayne Pacelle

“What we must think about is an agriculture with a human face. We must give standing to the new pioneers, the homecomers bent on the most important work for the next century – a massive salvage operation to save the vulnerable but necessary pieces of nature and culture and to keep the good and artful examples before us. It is time for a new breed of artists to enter front and center, for the point of art, after all, is to connect. This is the homecomer I have in mind: the scientist, the accountant who converses with nature, a true artist devoted to the building of agriculture and culture to match the scenery presented to those first European eyes.”  ― Wes Jackson

“Organic is something we can all partake of and benefit from. When we demand organic, we are demanding poison-free food. We are demanding clean air. We are demanding pure, fresh water. We are demanding soil that is free to do its job and seeds that are free of toxins. We are demanding that our children be protected from harm. We all need to bite the bullet and do what needs to be done—buy organic whenever we can, insist on organic, fight for organic and work to make it the norm. We must make organic the conventional choice and not the exception available only to the rich and educated.” ― Maria Rodale

“Very simply, we subsidize high-fructose corn syrup in this country, but not carrots. While the surgeon general is raising alarms over the epidemic of obesity, the president is signing farm bills designed to keep the river of cheap corn flowing, guaranteeing that the cheapest calories in the supermarket will continue to be the unhealthiest.”  ― Michael Pollan

“Pardon me, but my father says that it is a lie that Americans have everything. You have no sheep, no goats, no trees, no oil, no vines, no wine, not even chickens. He asks, ‘What kind of life is that?’ He says, ‘No wonder you don’t sing or dance or recite poetry very often.’” ― Robert Fulghum

“The concept of food-as-weapon is not surprisingly the doctrine of a Department of Agriculture that is being used as an instrument of foreign political and economic speculation. This militarizing of food is the greatest threat so far raised against the farmland and the farm communities of this country. If present attitudes continue, we may expect government policies that will encourage the destruction, by overuse, of farmland. This, of course, has already begun. To answer the official call for more production — evidently to be used to bait or bribe foreign countries — farmers are plowing their waterways and permanent pastures; lands that ought to remain in grass are being planted in row crops. Contour plowing, crop rotation, and other conservation measures seem to have gone out of favor or fashion in official circles and are practiced less and less on the farm. This exclusive emphasis on production will accelerate the mechanization and chemicalization of farming, increase the price of land, increase overhead and operating costs, and thereby further diminish the farm population. Thus the tendency, if not the intention, of Mr. Butz’ confusion of farming and war, is to complete the deliverance of American agriculture into the hands of corporations.” ― Wendell Berry

“But perhaps the most alarming ingredient in a Chicken McNugget is tertiary butylhydroquinone, or TBHQ, an antioxidant derived from petroleum that is either sprayed directly on the nugget or the inside of the box it comes in to “help preserve freshness.” According to A Consumer’s Dictionary of Food Additives, TBHQ is a form of butane (i.e., lighter fluid) the FDA allows processors to use sparingly in our food: It can comprise no more than 0.02 percent of the oil in a nugget. Which is probably just as well, considering that ingesting a single gram of TBHQ can cause “nausea, vomiting, ringing in the ears, delirium, a sense of suffocation, and collapse.” Ingesting five grams of TBHQ can kill.”  ― Michael Pollan

“If 22 bushels (1,300 pounds) of rice and 22 bushels of winter grain are harvested from a quarter acre field, then the field will support five to ten people each investing an average of less than one hour of labor per day. But if the field were turned over to pasturage, or if the grain were fed to cattle, only one person could be supported per quarter acre. Meat becomes a luxury food when its production requires land which could provide food directly for human consumption. This has been shown clearly and definitely. Each person should ponder seriously how much hardship he is causing by indulging in food so expensively produced.” ― Masanobu Fukuoka

“According to analyses conducted by the U.S. Department of Agriculture, 100 grams of fresh tomato today has 30 percent less vitamin C, 30 percent less thiamin, 19 percent less niacin, and 62 percent less calcium than it did in the 1960s. But the modern tomato does shame it’s counterpart in one area: It contains fourteen times as much sodium.” ― Barry Estabrook

“The fast-food hamburger has been brilliantly engineered to offer a succulent and tasty first bite, a bite that in fact would be impossible to enjoy if the eater could accurately picture the feedlot and slaughterhouse and the workers behind it or knew anything about the ‘artificial grill flavor’ that made the first bite so convincing.” – Michael Pollan

“That one American farmer can now feed himself and fifty-six other people may be, within the narrow view of the specialist, a triumph of technology; by no stretch of reason can it be considered a triumph of agriculture or of culture. It has been made possible by the substitution of energy for knowledge, of methodology for care, of technology for morality.” ― Wendell Berry

“Time as we know it doesn’t exist in the lawn, since grass never dies or is allowed to flower and set seed. Lawns are nature purged of sex or death. No wonder Americans like them so much.”  ― Michael Pollan

“Imagine if we had a food system that actually produced wholesome food. Imagine if it produced that food in a way that restored the land. Imagine if we could eat every meal knowing these few simple things: What it is we’re eating. Where it came from. How it found its way to our table. And what it really cost. If that was the reality, then every meal would have the potential to be a perfect meal. We would not need to go hunting for our connection to our food and the web of life that produces it. We would no longer need any reminding that we eat by the grace of nature, not industry, and that what we’re eating is never anything more or less than the body of the world. I don’t want to have to forage every meal. Most people don’t want to learn to garden or hunt. But we can change the way we make and get our food so that it becomes food again—something that feeds our bodies and our souls. Imagine it: Every meal would connect us to the joy of living and the wonder of nature. Every meal would be like saying grace.” ― Michael Pollan 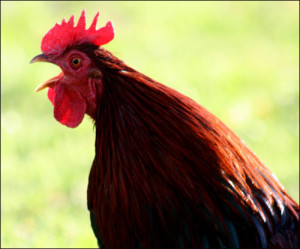