Love stories are the subject of countless movies, yet identifying those that portray partners behaving consciously is a more difficult assignment. In the early stages of relationships—and when things are going well—one hardly needs “consciousness” for the relationship to flourish. Hormones and euphoria suffice. It’s only when the going gets tough—often when relationships are falling apart—that consciousness, e.g., intentionally choosing how one will respond to life’s circumstances, is required. The romantic comedy, Love, Actually, for example, reveals the greatest depth of character when the couples have to deal with issues like infidelity and death.

The MOON recommends three movies this month for their portrayal of characters who choose love when life has given them every justification to lash out in anger or hatred, or collapse in fear and bitterness. 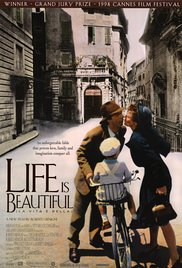 Life is Beautiful is a 1997 Italian film, written and directed by Roberto Benigni, who also stars as Guido, a Jewish bookshop owner in 1930s Italy. The story follows Guido and his young family, who, in 1939, are rounded up and sent to a Nazi concentration camp. To shield his son from the camp’s horrors, Guido convinces him that they are actually participants in a complicated game to win a tank. Each of the strange, survival-oriented tasks Guido gives his young son will earn them points; whoever amasses a thousand points first will win the tank.

Guido is able to maintain the charade until the end. As liberating Allied forces approach, Guido instructs his son to hide in a box; meanwhile, he himself is taken away by guards and executed. The boy is rescued, however, and reunited with his mother. The film was partially inspired by the book, In the End, I Beat Hitler, by Rubino Romeo Salmonì and by Benigni’s father, who spent two years in a German labor camp during World War II.

The film was criticized by some as trivializing the horrors of the Holocaust. Without debating that point, the film is also a tribute to the powers of imagination, innocence, and love in the most harrowing of circumstances. The film won the Grand Prize at Cannes in 1998 and, at the 71st Academy Awards took Best Actor (Benigni), Best Original Dramatic Score, and Best Foreign Language Film. 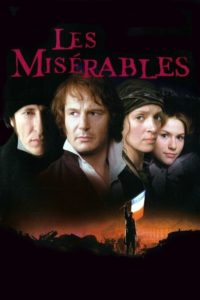 Les Miserables, the 1862 classic by Victor Hugo, has been brought to the big screen twice in the last 20 years—most recently as a 2012 musical starring Hugh Jackman, Russell Crowe, Anne Hathaway, and Amanda Seyfried. I happen to prefer the 1998 version that starred Liam Neeson, Geoffrey Rush, Uma Thurman, and Claire Danes. Both versions tell the story of an ex-convict, Jean Valjean, who steadfastly strives to live an honorable life after he is shown mercy by an aging bishop. Valjean creates a respectable life for himself as a factory owner and mayor of the town in which he has settled, when a French law enforcement officer arrives and recognizes the remade man as a criminal. His relentless efforts to destroy the life Valjean has built would warrant Valjean responding in kind. But Valjean is an honest man now and refuses to stoop to his persecutor’s level. The film is a powerful testament to one man’s commitment to his values, whatever the consequences.

Both versions—the 2012 musical and the 1998 drama—won big at the box office and at the Oscars. 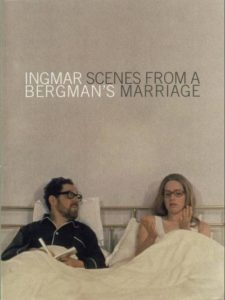 Scenes from a Marriage is widely regarded as Ingmar Bergman’s “masterpiece.” Released in 1974 and starring Liv Ullman and Erland Josephson, Roger Ebert called it “one of the truest, most luminous love stories ever made.” It tells the story of a successful, professional couple—Johan and Marianne—whose marriage disintegrates soon after the film begins. Yet despite the hell they put each other through—betrayal, abandonment, divorce—the two somehow retain a kernel of the love that once sustained them. With time, they are able to overcome their feelings of hurt and betrayal and recall the friendship—and even the attraction—they shared.

“Beyond love, beyond marriage, beyond the selfishness that destroys love, beyond the centrifugal force that sends egos whirling away from each other and prevents enduring relationships—beyond all these things, there still remains what we know of each other, that we care about each other.”

It’s good when films–and life–can remind us of this. It takes pressure to make diamonds.