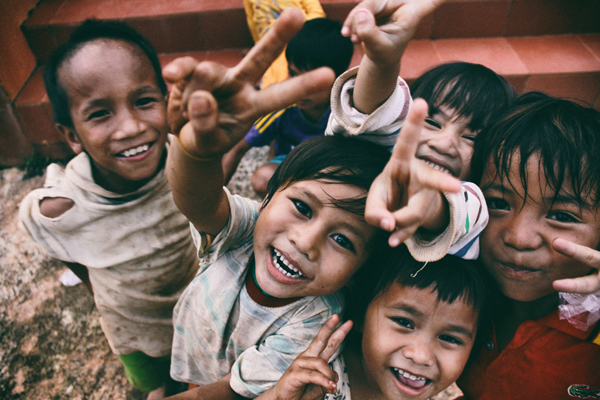 “I am not here to create more followers. I am here to inspire more leaders.” – Xiuhtezcatl Martinez

“Look at Parkland. Look at the extraordinary courage of those young people. We all must be engaged in that. To not just not take pride in Emma González and her cronies; but to say, ‘How can I be Emma González?’” – Eugene Jarecki

“They thought that the bullets would silence us, but they failed. And out of that silence came thousands of voices. The terrorists thought they would change my aims and stop my ambitions. But nothing changed in my life except this: weakness, fear and hopelessness died. Strength, power and courage was born.” – Malala Yousafzai

“The secret message communicated to most young people today by the society around them is that they are not needed, that the society will run itself quite nicely until they – at some distant point in the future – will take over the reins. Yet the fact is that the society is not running itself nicely… because the rest of us need all the energy, brains, imagination and talent that young people can bring to bear down on our difficulties. For society to attempt to solve its desperate problems without the full participation of even very young people is imbecile.” – Alvin Toffler

“By the next presidential election, my generation is going to be the biggest voting bloc in the country. We’re the least racist generation. The most educated. With the most access to technology. The most progressive. The generation that understands climate science the most. And the most diverse. So if we galvanize the power that we have, our voting power, we could flip things.” — Xiuhtezcatl Martinez

“Like every thoughtful parent in every age of history, Neil consoled himself, ‘My generation failed, but this new one is going to change the entire world, and go piously to the polls even on rainy election-days, and never drink more than one cocktail, and end all war.’” – Sinclair Lewis

“The only people to whose opinions I listen now with any respect are people much younger than myself. They seem in front of me. Life has revealed to them her latest wonder.” – Oscar Wilde

“My generation was born into a rapidly changing world. We are facing total systemic collapse on nearly every level on our planet – temperatures are escalating and oceans are rising, as violent weather patterns devastate the world my generation will inherit. But youth around the world are standing up and joining hearts and hands against some of the most powerful industries in the world to build a resilient movement and communities to overcome this crisis. Never before has there ever been such an intergenerational opportunity to shape the world we deserve to inherit and want to leave future generations!” — Xiuhtezcatl

“Women are sacred vessels. They carry the water for nine months while babies are in the womb and so we all come from that sacred water.

“We all need water. We wouldn’t be able to live without water. Nothing would.” – Autumn Peltier, 13-year-old member of Wikwemikong First Nation, Canada

“My name is Emma González. I’m 18 years old, Cuban, and bisexual. I’m so indecisive that I can’t pick a favorite color, and I’m allergic to 12 things. I draw, paint, crochet, sew, embroider—anything productive I can do with my hands while watching Netflix.

“But none of this matters anymore.

“So we are speaking up for those who don’t have anyone listening to them, for those who can’t talk about it just yet, and for those who will never speak again. We are grieving, we are furious, and we are using our words fiercely and desperately because that’s the only thing standing between us and this happening again.” – Emma González

“When adults say, ‘Teenagers think they are invincible’ with that sly, stupid smile on their faces, they don’t know how right they are. We need never be hopeless, because we can never be irreparably broken. We think that we are invincible because we are. We cannot be born, and we cannot die. Like all energy, we can only change shapes and sizes and manifestations. They forget that when they get old. They get scared of losing and failing. But that part of us greater than the sum of our parts cannot begin and cannot end, and so it cannot fail.” – John Green