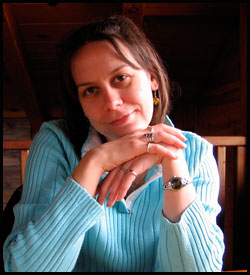 A few months ago, our next door neighbor asked me if it’s ever been hard for my son to  grow up with parents of two different races. “No. It hadn’t even come up until he was in kindergarten, and his class was talking about Dr. Martin Luther King, Jr.,” I said. My son is almost nine; her grandson is three. Her grandson had begun asking questions and making comments about his dark skin in contrast to his parents’ lighter skin.

For our family, the differences in our skin color haven’t been an issue for us until someone else makes it an issue.

When I was in high school, the college counselor referred to me as “little White Wendy.”  That’s when I first felt that my skin color was as much of an identifier as my (at that time) waist-length brown hair. That’s when I realized that perhaps my skin color hadn’t been an issue for me because I had been living within a certain protective bubble of “white privilege.”

I suppose it is one way people see me. I am a “white” woman. And I put white in quotation marks because I don’t feel comfortable with that term. My skin is not the color of whipped cream or toilet paper.

While my skin color hasn’t changed, over the years, the way I think about race has.

Now, I consider myself a white woman with an asterisk. A woman who comes with fine print that provides further explanation, a disclaimer of sorts.

I am a white woman, and I am the wife of a black man.

I am a white woman, and I am the mother of a mixed-race son.

Even within our family, I don’t know the “proper” terms to use. My husband is “African-American” though he’s never been to Africa and considers himself more American than African. My husband is “black” though his skin doesn’t look like the color of the tires on a bicycle or the stripes on a zebra.

My son is the product of the love and the genes from my husband and me. He is a mix of black and white. Is he considered “mixed-race”? “Biracial”?

I don’t know the correct answers, because in our family it isn’t important. First and foremost, my son is my son. His skin color, the box to check on school enrollment forms, isn’t important to how we function on a daily basis.

We are fortunate to live in Los Angeles, where our neighbors don’t look like us, but they also don’t look like each other. They are white, African-American, Indian, and Korean. In this way, our differences make us similar to those around us.

My son knows that laws have changed. That families like ours were once illegal. That at different time periods throughout history no one in our home would have had the right to vote or become an astronaut.

My husband and I didn’t set out to make growing up even harder for our son. Ultimately though, we can’t control how others will react to our family or to us as individuals. All we can do is lead by example. We choose to make race a non-issue in our family, while making race an important issue to talk about and to learn about within our family.

Wendy Kennar was a public school teacher for twelve years. Her writing has appeared in the Los Angeles Times, Christian Science Monitor, United Teacher, Beyond the Diaper Bag, L.A. Parent, and Lessons From My Parents, to name a few. She is also a regular contributor at MomsLA.com and writes a weekly personal blog: http://wendykennar.blogspot.com. She has written two previous pieces for The MOON:

Wendy Kennar | The A to Z List of Boys