Shamanism movies for our times

Healing the Luminous Body: The Way of the Shaman, is an introduction to the work of Alberto Villoldo, Ph.D., who walked away from a career in medical research to live and study among the Inka and Q’ero shamans of the Andes and Amazon. Upon his return to the States, Villoldo founded The Four Winds Society and the Light Body School, both of which distill shamanic energy teachings into a framework western minds, still immersed in linear reality, can grapple with. In this film, Alberto presents his clear, concise articulation of the luminous energy field, the Luminous Body, which surrounds and informs the physical body, and likens it to the software, or blueprint, that informs the hardware of the physical body. From a shaman’s viewpoint, disease first appears in the Luminous Body and can be healed there through energy work—the shaman’s domain. The film is often recommended as a complement to Villoldo’s book, Shaman, Healer, Sage, which interweaves stories from his personal journey with instruction in shamanic healing practices; however the film also stands alone as a compelling introduction to his work. Directed by Jay Weidner for Sacred Mysteries Productions, the DVD is available on Amazon and elsewhere. 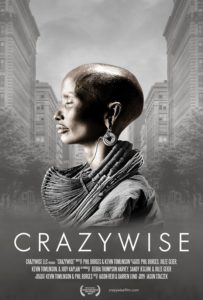 CRAZYWISE is primarily a film about mental health and the different ways it is viewed in western and indigenous cultures. Along the way, however, it also sheds light on the shamanic worldview, which is open and receptive to “voices” and “otherworldly” phenomena that western culture either denies or medicates. Executive producer and director Phil Borges said he was inspired to make the documentary after photographing indigenous groups around the world. During that time, he noticed that many community healers, or shamans, had assumed their role after having what westerners would call a “psychotic break.” However, instead of being isolated or treated as ill, these people were guided by older healers and taught to use their experiences to help the community.

The film includes interviews with respected mental health professionals including Gabor Maté, MD, Robert Whitaker, and Roshi Joan Halifax, PhD, and reveals a growing movement of professionals and psychiatric survivors exploring alternative treatments that, like indigenous culture, accept non-ordinary states of consciousness as potentially meaningful. Along with rituals and metaphors that deepen our connections to nature, other people, and our ancestors, the shamanic approach to “mental illness” is something we can learn from.

As the filmmakers say on their website: “CRAZYWISE adds a voice to the growing conversation that believes a psychological crisis can be an opportunity for growth and potentially transformational, not a disease with no cure.”

CRAZYWISE debuted at the Seattle International Film Festival in May 2017 and is available for community screenings. It is also available for purchase or live streaming here.

For more films on indigenous spiritual life and shamanism, see Shaman Portal, which contains links and descriptions of many films dealing with shamanism, energy healing, and indigenous culture.

How gentle is the MOON
The MOON on 21st Century Radio!