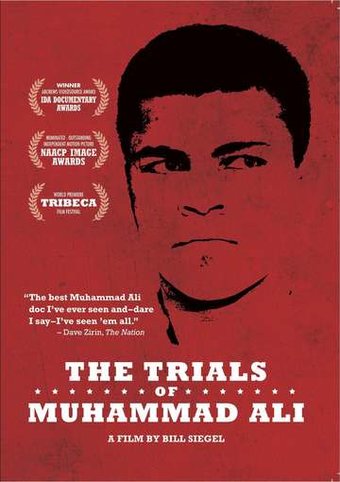 The Trials of Muhammad Ali is a 2013 biography that focuses on Ali’s toughest bout: his battle to overturn a five-year prison sentence for refusing U.S. military service in Vietnam.

Prior to becoming the heavyweight champion of the world, Cassius Clay converted to Islam, taking the name Muhammad Ali. Shortly thereafter he found himself in the center of conflicts concerning race, religion, and wartime dissent. The film, by director Bill Siegle, melds interviews with the fighter’s brother, his earliest Louisville backers, his first wife, children from two marriages, sportswriters, and archival footage of Elijah Muhammad, Louis Farrakhan, Malcolm X, Martin Luther King, Jr., David Frost, William F. Buckley, and many other pundits of the day—both friends and critics—to tell the story of how an uneducated boy from Kentucky developed to become a moral force in his own time. It’s chilling to witness the vitriol the man endured for refusing to fight in a war we now know was immoral and unjustified. Ali gave up his heavyweight title (he later regained it), was banned from boxing in the United States, and risked prison to live by his faith and conscience. The film won an award for Best Use of News Footage from the International Documentaries Association in 2014, an Emmy for Outstanding Historical Programming – Long Form, as well as numerous film festival Official Selections. A true portrait in courage. Highly recommended. The film is available on Amazon, Netflix, iTunes, VHX, VUDU, Google Play, and can be purchased on DVD. 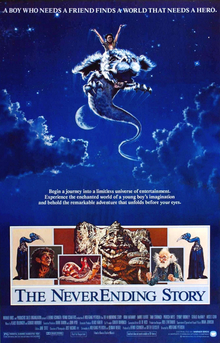 The NeverEnding Story is a 1984 fantasy film based on the novel of the same name by Michael Ende. The film tells the story of a boy caught up in a magical book about a young warrior whose task is to stop a dark force called “The Nothing” from overtaking a mystical world, Fantasia. Like the rest of us, the young boy reading the story cannot believe it is he who must confront The Nothing and save the world from disaster. Directed by Wolfgang Petersen, the film received mixed—though predominantly favorable—reviews by critics; did very well at the box office; and received half-a-dozen international awards for best film, best production, and best actor (Noah Hathaway, who played the young protagonist). It is available on Netflix, Amazon, and other outlets, including several sites that allow you to stream it for free.