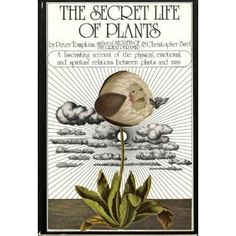 The Secret Life of Plants is a 1979 documentary made about the 1973 book of the same name by Peter Tompkins and Christopher Bird. The book created quite a stir with its presentation of research making the case that plants are indeed sentient, despite their apparent lack of a nervous system and a brain. Although mainstream scientists debunked most of the book’s and movie’s claims, current research is reinvigorating them based on the newer understanding that a brain may not be necessary for intelligence, so long as a neural network is in place. And plants have extensive neural networks—primarily in their roots. The film has an excellent sound track by Stevie Wonder and can be watched in its entirety for free on YouTube. 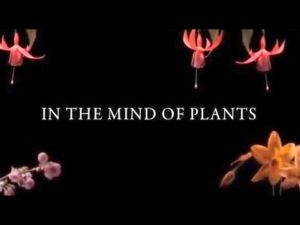 In the Mind of Plants is a 2013 documentary by Jacques Mitsch that makes the current case for plant intelligence based on the definition of that term: the ability to recognize one’s environment and interact with it; have memory; the ability to communicate; and the ability to interact socially.

Interviewing researchers around the globe, the film explores a wide range of investigations into evidence of plant intelligence. For example, researchers in the African savanna, where Kudu populations are declining, find that their primary food–acacia trees–emit a toxic gas in response to overgrazing. Scientists at Bonn University focus their studies on plants’ ability to reorient themselves to grow upwards, no matter how they are positioned, asking whether there is something akin to memory in this ability. In Japan, researchers investigate plant functioning at the molecular level, asking how plants sleep; whether they need sleep; and what happens if they don’t get sleep. By recreating day and night cycles in artificial conditions, they manipulate their botanical test subjects in the hopes of demonstrating that sleep and rest are not purely animal behaviors.

In the Mind of Plants provides fascinating insights into ongoing investigations into plant intelligence and inspires viewers to consider our relationship with our botanical cohabitants. This film can also be watched in its entirety for free online.