“We need wilderness because we are wild animals. Every man needs a place where he can go crazy in peace once in a while.” – Edward Abbey

“The old Lakota were wise…They could despise no creature for all were of one blood, made by the same hand and filled with the essence of the Great Mystery. They knew that man’s heart, away from nature, becomes hard; they knew that lack of respect for growing, living things soon led to lack of respect for humans too. So they kept their youth close to its softening influence.” – Chief Luther Standing Bear

“There is a world beyond ours, a world that is far away, nearby, and invisible. And there it is where God lives, where the dead live, the spirits and the saints, a world where everything has already happened, and everything is known. That world talks. It has a language of its own. I report what it says.” – Maria Sabina, Mazatec shaman

Through consciousness, our minds have the power to change our planet and ourselves. It is time we heed the wisdom of the ancient indigenous people and channel our consciousness and spirit to tend the garden and not destroy it.” — Bruce Lipton

“Despite all the hype about local or green food, the single biggest impediment to wider adoption is not research, programs, organizations, or networking. It is the demonizing and criminalizing of virtually all indigenous and heritage-based food practices.”  – Joel Salatin

“We’re addicted to this concept of civilization—we can’t imagine living outside of it because we’ve had it for 10,000 years, all of what we call history. But according to archaeologists, humanity has been on this planet for millions of years in indigenous form.” – Serj Tankian

“The truth is nobody can own anything. That was an unheard-of concept among indigenous people. We invented that.“ – Tom Shadyac

“All definitions of wilderness that exclude people seem to me to be false. African ‘wilderness’ areas are racist because indigenous people are being cleared out of them so white people can go on holiday there.”  – Jay Griffiths

“For the developed world, there is a choice to be made: to promote economic policies that despoil indigenous lands or to support cultures and the remaining biological sanctuaries.”  – Paul Hawken

“Thousands of tired, nerve-shaken, over-civilized people are beginning to find out that going to the mountains is going home; that wildness is a necessity.”  — John Muir

“It had nothing to do with gear or footwear or the backpacking fads or philosophies of any particular era or even with getting from point A to point B. It had to do with how it felt to be in the wild. With what it was like to walk for miles with no reason other than to witness the accumulation of trees and meadows, mountains and deserts, streams and rocks, rivers and grasses, sunrises and sunsets. The experience was powerful and fundamental. It seemed to me that it had always felt like this to be a human in the wild, and as long as the wild existed it would always feel this way.” – Cheryl Strayed

“Mountains, like all wildernesses, challenge our complacent conviction – so easy to lapse into – that the world has been made for humans by humans. Most of us exist for most of the time in worlds which are humanly arranged, themed and controlled. One forgets that there are environments which do not respond to the flick of a switch or the twist of a dial, and which have their own rhythms and orders of existence. Mountains correct this amnesia. By speaking of greater forces than we can possibly invoke, and by confronting us with greater spans of time than we can possibly envisage, mountains refute our excessive trust in the man-made. They pose profound questions about our durability and the importance of our schemes. They induce, I suppose, a modesty in us.” – Robert Macfarlane

“Something will have gone out of us as a people if we ever let the remaining wilderness be destroyed; if we permit the last virgin forests to be turned into comic books and plastic cigarette cases; if we drive the few remaining members of the wild species into zoos or to extinction; if we pollute the last clear air and dirty the last clean streams and push our paved roads through the last of the silence . . .” – Wallace Stegner

“Our incredible bewilderment (wilderness separation) blinds us from seeing that our many personal and global problems primarily result from our assault of and separation from the natural creation process within and around us. Our estrangement from nature leaves us wanting,and when we want there is never enough. Our insatiable wanting is called greed. It is a major source of our destructive dependencies and violence.” – Michael J. Cohen

“If we are to have a culture as resilient and competent in the face of necessity as it needs to be, then it must somehow involve within itself a ceremonious generosity toward the wilderness of natural force and instinct. The farm must yield a place to the forest, not as a wood lot, or even as a necessary agricultural principle but as a sacred grove – a place where the Creation is let alone, to serve as instruction, example, refuge; a place for people to go, free of work and presumption, to let themselves alone.” – Wendell Berry

“When we put children from traditional rural areas into school, what we’re doing is transitioning them from a non-cash agricultural economy where nobody gets rich but nobody starves into a hierarchical system of success and failure in which some lives may get “better,” but others will get much, much worse.  Guess which club has more members?  Welcome, boys and girls, to the global economy.”  — Carol Black

“Wildness is the preservation of the World.” – Henry David Thoreau 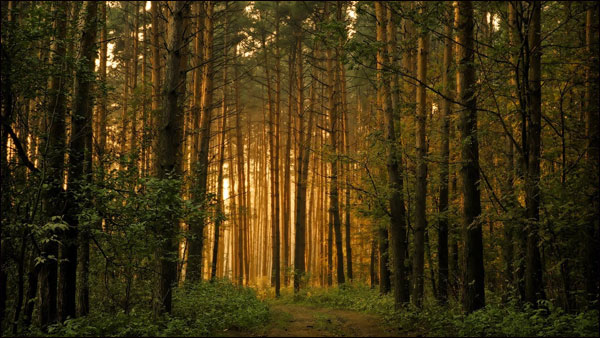 Visitors from other realities
Stephen Corry | Do indigenous peoples benefit from ‘development’?