There are political films and spiritual films, but relatively few that explore the intersection between the two. Two classics come to mind—Gandhi and Seven Years in Tibet—which no doubt many readers have seen. However, three of the most powerful films that explicitly engage the intersection of spirituality and politics are the trilogy of documentaries by Canadian filmmaker Velcrow Ripper: Scared Sacred, Fierce Light, and Occupy Love. 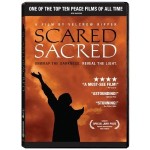 Scared Sacred is a 2004 documentary in which Ripper visits the “Ground Zeroes” of the planet—from the minefields of Cambodia and the devastation of Afghanistan to the toxic wasteland of Bhopal; as well as post-9/11 New York; Bosnia; Hiroshima; Israel and Palestine—to explore the ways in which humanity transforms the “scared” into the “sacred.” Though parts of the movie are difficult to watch, the net result is a powerful validation of compassion’s triumph over fear and hatred. As David Spaner wrote for The Province, the film provides “testimonials that will break your heart. But nothing that happens here will break the human spirit. Anyone who sees this movie will be the better for it.”

Scared Sacred was named one of the Top 10 films of 2004 by Toronto’s International Film Festival Group and won the 2006 Genie Award for Best Feature Documentary, along with a slew of film festival prizes. 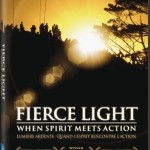 Fierce Light: When Spirit Meets Action is the second film in Ripper’s series, a 2008 documentary focusing on spiritual activism. Fueled by the belief that “another world” is possible, Ripper seeks out those who have turned to spiritual activism to cope with personal and global crises. The film contains interviews with Desmond Tutu, Daryl Hannah, Thich Nhat Hanh, Julia Butterfly Hill, Van Jones, Alice Walker, Joanna Macy, Noah Levine and John Lewis. Others featured include Michael Beckwith, Sera Beak, and Ralph Nader, and the original inspiration for the film, Brad Will, who was shot by paramilitaries while filming a 2006 labor dispute in Oaxaca, Mexico.

Praised by both critics and audiences, Fierce Light was voted most popular Canadian film and the recipient of a special mention in the nonfiction feature category at the Vancouver International Film Festival. 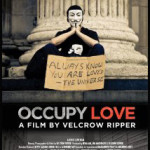 Occupy Love completes Ripper’s trilogy with powerful visuals, interviews, and soundtrack to track the global uprisings that Ripper calls “perhaps the greatest love story on Earth.” The old paradigm that concentrates wealth in the hands of a relative few is causing economic and ecological collapse. The resulting crises have sparked a profound awakening:  millions of people are deciding that the time has come to create a new world, a world that works for all life.

The film connects the dots in this era of rapid change, featuring insider footage from the Egyptian Revolution, the Indignado uprising in Spain,  Occupy Wall Street in New York, indigenous activists protesting the Alberta Tar Sands, the climate justice movement, and beyond. Woven throughout the action-oriented structure of the film is a deep exploration of love—of humanity for humanity and of humanity for the Earth and all life. The film features some of the world’s leading visionaries on alternative systems of economics, sustainability, and empathy, including Naomi Klein, Bill McKibben, Jeremy Rifkin, bell hooks and Charles Eisenstein.