Israela Margalit | The other side of the moon

I called the cultural ministry in Jerusalem and begged them to pay for my flight to Montreal. There was a piano competition over there. A springboard to stardom.

“I promise to make you proud.”

The money arrived just in time to beat the admission deadline. I was instructed to board a charter plane from Paris that was filled with young French contestants. They exercised on the plastic tray tables, their fingers moving with velocity while they called out the notes by name: do, re, mi, fa, sol. Their persistence and focus made me nervous. I watched a movie and fell asleep.

The first round of the competition consisted of ten minutes to woo the jury with brilliance and accuracy. I failed. One day in the New World and I was already booted out.  My head was swimming in a whirlpool of uncertainty. I could find excuses—jetlag, fever… but the dream of an instant career break was gone. I had no contingency plans. My Canadian hostess said that I could stay until the end of the competition. She’d signed up for two weeks of hospitality. Maybe I could help her daughter find motivation in life apart from the desire to look pretty. Instead the girl taught me the secrets of makeup. Might as well learn how to look hot if I keep on messing up international piano competitions.

“You messed up all right, but I could hear between the notes. I believe you have a major talent.”

Those miraculous words came from a man so slim and tall, his upper body was concaved like a question mark. His luminous blue eyes stared at me. “Two of the best contestants have been thrown out, and you’re one of them. I should know. I’m on the jury.”

So one of the judges liked me. I felt a wave of hope. “Maybe I didn’t play as badly as I thought.”

“Oh, no, you played badly. Your fingers were unsteady, you didn’t dig in. But a couple of your phrases were God-given. Your arms are slender and you’re not using your back properly. I can help you with your technique.”

And just like that, I became Benjamin’s ward. Each evening he took me along to another social function, placed me at the piano in the corner while everyone else was drinking and chatting away, and coached my fingers to submission.

The man was a genius, or perhaps a magician. After years of studying with the best piano professors, my technique had gone from good to excellent in two weeks. “And that’s only the beginning,” he grinned.

I wondered why he was spending so much time with me. He didn’t want money.

(“I’m rich, my uncle is a banker.”) He didn’t want sex. The pleasure of his bed was reserved for handsome young men picked out in bars. He may have used me as bait once or twice, but that was a small price to pay for getting closer to my dream of playing the piano like Horowitz.

Soon the competition ended and everybody left Montreal. Benjamin was going to New York and suggested I come along. He’d find a piano to work on, and we’d have a lot of fun. But where would I stay? I had a hundred dollars to spare.

“Surely you know somebody in New York,” he said, astonished. “You don’t? Don’t worry. I’ll find you a room with a piano.”

There followed a series of rooms, each available for a few days: an apartment with a view of the Empire State Building, a studio on Broadway, a basement apartment on the Upper East Side. Benjamin shared his wrist-technique secrets, which he demonstrated with his arms flying in the air as if they were made of rubber. I asked where he had acquired his skill. “I was born with it,” he said. “I was a child prodigy.” Then I asked him to play for me but he refused. A few days later he recounted how his young career had come to an abrupt end when an explosion during a concert scarred him for life. “I saw people in the audience die,” he said. He was so traumatized, he could never again perform for others, not even in a private setting.

“But you’re such a positive force,” I said. “I’d have never guessed you’re suffering deep down.”

“Didn’t Mark Twain say, ‘Everyman is a moon, with a hidden dark side’?” he said. He cautioned that what he’d told me was intensely personal. The only other person who knew about it was his teacher. She had been in the concert hall that fateful evening.

“She was heartbroken. I was not only her favorite student but also her vicarious career. She left the music school and moved to The Hague to care for the poor.”

“That’s where it happened,” he said. They had drifted apart but he continued to feel guilty for having let her down. He awed her. That’s was why he devoted himself to young talent.

“And talking about that, I’ve arranged for you a recital on public TV.”

The recital was a great opportunity to test the new me. I used everything Benjamin had taught me, and I performed well without a whiff of nerves. Armed with new confidence I returned to Europe and got myself an agent. He booked me on a solo recitals tour, designed to attract good press, which would be used to recommend me to orchestras.

Benjamin attended many of my concerts, but made sure to skip the one in The Hague. “That would be too painful,” he said. The memories were still raw, no matter how many years had passed. It was a matinee performance, after which I was led to the greenroom to greet well-wishers. A slender wrinkled woman was standing in the corner and I knew right when I saw her that she was Benjamin’s teacher.

“I saw his name in your biography,” she said. “I didn’t know he’d become a teacher. So technically you’re almost my student, one generation removed.”

“And I can’t thank you enough,” I said. “Such a pity about the explosion. Benjamin feels so guilty about having wrecked your life.”

“My life is great,” she said. “I’m running a music school, and it’s going strong. Which explosion?”

“You know…the one. Benjamin has such amazing hands. I can only imagine what a spectacular pianist he’d have become if it weren’t for the shock… But at least he’s giving back. He taught me more about piano technique than all my previous teachers combined.”

“How extraordinary,” she said. “When he was a child he could barely play a simple scale.” 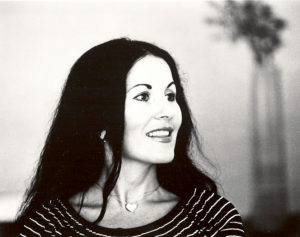 Israela Margalit  is a playwright, television writer, concert pianist, recording artist, and since 2016 a published author of short fiction and creative non-fiction, with awards or honors in all categories. Visit her at http://www.israelamargalit.com/.