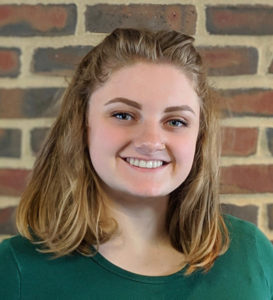 We have a joke in my family about sudden death.

Doesn’t everyone? You’re alive, and then you aren’t. One moment to the next. It never happens any other way. When my grandmother died it happened that way, too. We went to bed with her alive and we woke up with her dead.

“Mimi died.” The light in the hallway turned Mom into a shadow as she swung the door open. Neither my sister nor I sat up when she told us. I did lift my head slightly to speak.

“Auntie Debbie found her at five. She died sometime between three and then. We’re heading to Revere.” Caroline blinked hard as the door opened wider and the light stretched from my bed to hers.

“Want us to go with you?” She rubbed her eyes and propped herself up on her elbow.

“You can stay here.”

We followed Mom downstairs and sat with our brother on the couch, watching her scramble around for a coat and boots. My stepdad Dan was outside, shoveling the car out of a foot of snow that continued to accumulate. Cold air rushed in and reached us at the back of the house as Mom went to leave with Dan. Adam shivered. Caroline stood up and crossed her arms.

“At least she didn’t die in our house,” I yawned, craning my neck to look at the tree off in the corner. “Well, Merry Christmas I guess.”

Adam laughed. Caroline tried not to, twisting her mouth into a smirk. I exhaled loudly and pulled a throw blanket around my shoulders to protect me from the cold. No one said anything else. We went upstairs and fell back asleep until nine or ten. By then, Mom and Dan had gotten home. We opened presents around the tree and played a recording of a fireplace on the living room TV. I got a Fitbit and an electric toothbrush.

We have a saying in my family about loyalty.

“Being family gets you some leeway.”

Some. But it doesn’t give you a free pass. Mixed in with every memory of Mimi teaching me to make gravy or pinching my cheek affectionately is one of her telling me a woman’s duty is to her husband or telling me how much she hates my father. She was problematically traditional and unapologetically opinionated. She wasn’t the warm-fuzzy grandmother I hear friends tell me stories about.

She was the god-fearing grandmother who explained to me every reason I was probably going to end up in hell. Mimi was nice. Not to me or my family, but to someone at some point, I’m sure. She must have been, isn’t everyone?

“Maybe all her friends are dead already.” At the wake, my sister and I mulled around the funeral home waiting for someone to show up. Caroline and I perused a poster board of old photographs and reflected on Mimi, frozen forever in various stages of youth and old-age.

“What beautiful gloves, all the way up to her elbows like that.” Caroline pointed at a photo I hadn’t seen before. The young woman’s mouth was an uncomfortable smile and made her look vaguely like the grandmother I had just lost.

“I wish I had gloves like that,” I pantomimed gracefully pulling long satin gloves up my forearms. I couldn’t imagine Mimi any way except old and haggard. I knew she must have been young, but I had not previously been confronted of an image of her without sagging skin. “She had a big nose back then, too.” I poked my own, as if to press it in and remove any resemblance.

“Stop that!” Caroline covered her mouth to laugh. I redirected her back to the image.

“She’s younger there than we are now… but we’re still alive so who really wins.” Caroline pinched my arm. We walked into the bathroom to regroup, having drawn attention from our exchange. I hiked up my skirt to adjust my tights.

“Only a few more hours…” Caroline sighed, leaning against the sink. I checked under the stalls to make sure we were alone before speaking.

“You don’t know that.” She was uncomfortable speaking poorly of the dead. I wasn’t.

“She wasn’t a good person. That’s just it, it doesn’t change now that she’s dead.” Mom walked in as I was adjusting my bra in the mirror. She rolled her eyes.

“You look fine… Mimi does not. They always say it looks like they’re sleeping, but they don’t.” She pushed loose strands of hair behind her ears while she spoke.

“I know.” She washed her hands and adjusted her jewelry before retaking her place in the guestless receiving line. She didn’t look at either of us before she left.

At the final viewing, the priest forgot her name. He leaned over the podium and looked to Mom. “Angela.” She was livid at the mistake and I could hear it in her voice. I repeated the sound in my head. Angela. It was the first time I had ever heard my mother say that name in anger. The priest continued, unfazed.

“Ah… Angela has said and done much in her life out of anger or pain, and for this we must forgive her, as she meant no harm…” What a comment. I poked my sister hard in the thigh to reinforce the point. She pinched my hand and mouthed for me to behave. I knew it mattered to Mom, so I kneeled and stood with the rest of the family. Imagine being such an insufferable bitch that the priest can’t even say something nice about you. He went on about her legacy, and that caught my attention again.

“Four children and ten beautiful grandchildren…” I looked at my uncle and wondered if he was crying because his mother was dead or because he wouldn’t be able to forge checks from her post-mortem. Probably a bit of both. Auntie Debbie invited all her friends to the wake and had only stopped reminiscing and out-loud laughing when the priest gathered us to mourn. Auntie Carol sat next to Mom, needing the comfort of her older sister now more than ever. Loss is loss, even if your mother told you she didn’t like spending time with you. I get that.

“We bow our heads and pray in the name of our Lord, Jesus Christ. Amen.”

Before they closed the casket to bring her to the church, we each went up alone to say goodbye one last time. I wanted to go up with Caroline, but she was ahead of me in line. My uncle took a photo of her body, which struck me as both equally inappropriate and bizarre. I watched everyone cry as they gently stroked Mimi’s preserved face or adjusted her glasses in the hope that she would suddenly look exactly how each of them remembered her. It hadn’t occurred to me to cry yet. My palms sweat as I knelt beside her. I closed my eyes.

“Hail Mary, full of grace…” I prayed. I’m not religious, but it gave me an excuse not to look for a moment longer. I knew I ought to. When I did, she looked like a mangled caricature. Every critical word, insult, and backhanded compliment she had offered me floated in my head. I felt tears well up in my eyes, but they didn’t fall. They sat and waited. I blinked to dismiss them, and they disappeared. I felt whoever was behind me kneel to relieve me of my position. I looked flatly at her glued-shut face for the last time before standing. I moved quietly to the parking lot to wait in the car.

Charlotte Sulick will graduate from Emmanuel College in Boston, MA, in May 2020 with a BA in writing editing, publishing and philosophy. She began her writing career in high school with the publication of a vignette in the May 2015 edition of Teen Ink magazine. She went on to win the Scholastic Art & Writing National Silver Medal for Writing later that year. When she isn’t writing, she spends her time tutoring both moral and existential philosophy.