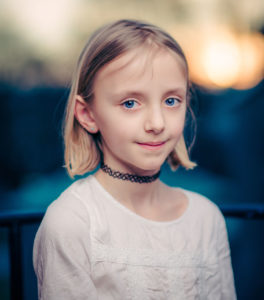 I was on the phone when Jude arrived at work.

Jude picked up the files on the Littleheart case from his desk and came into my office. “Hi, Gina,” he said. “Beautiful morning.”

It was another dreary early November morning in Grand Rapids, cold enough for the westerly winds to pick up moisture from the warmer waters of Lake Michigan and blanket the eastern shore with clouds. It’d been this way for a month. We wouldn’t see much of the sun until the lake froze in January, stopping the formation of the lake effect clouds. It was the perfect morning to talk about a grandfather sexually abusing his granddaughter.

“Funny,” I said. Jude never smiled, or showed any emotion really. Some people might have thought he was trying to get into character as a Vulcan for the Star Trek convention next February, but his reasons were a lot deeper and darker than that.

“I went over the file you gave me on Margie Littleheart. I did some checking on the family history,” Jude said. “Her father ran off shortly after she was born, out of wedlock. The mother remained here in town, lived with her father, until she OD’d a couple of years ago. Heroin.”

“Any history of family abuse?”

“No, but it seems likely that the mother went through the same thing the granddaughter is going through now,” Jude said. “Back when the mother was in school, teachers weren’t quite as prepared to identify and report child abuse. Kids like this are disruptive and deceptive. They probably wouldn’t have believed her if she did report abuse – she would have made the accusation as part of some scheme to escape punishment for an absence or missing homework. We probably wouldn’t have believed her.”

Jude was right. Cases where the abused kids had been trained to be deceptive were especially difficult to investigate. The kids were taught to misbehave, so that they could be punished, and the penance was the sexual act. They were taught to be ashamed of their behavior, and the penance, and to cover up the whole incident. By the time their behavior came to the attention of their teachers, perhaps when they acted out sexually with another student, they were already habitual liars. These kids would lie when the truth would serve them better, and it was almost impossible, at least for someone like me, to tell when they were lying and when they were telling the truth. That’s why I hired Jude as the investigator for my advocacy organization, Keep-Kids-Safe.

“When are you going to interview her?” I said.

“This afternoon. The school counselor has arranged for the meeting.”

“And the grandfather?” I said.

“The police are going to interview him at the same time down at headquarters. They think that he won’t agree to have a guardian ad litem appointed for the girl because the guardian would continue representing her in any future proceedings,” Jude said. “The grandfather probably believes the girl can keep up the front through a single interview.”

“He didn’t count on you as the interviewer.” If Jude was capable of showing emotion, he might have blushed at the compliment. I tried to keep his spirits up, at least to the extent I could detect his spirits, and to make him feel his work was worthwhile. When I first met him, I wouldn’t have believed he would still be alive today. He was so defeated by his own guilt that he said he just wanted to confess his sins and then die and go to hell.

I have never been able to decide whether I was being magnanimous or selfish helping him back to, well you couldn’t really call it normal, the way he is now — stable, useful. Useful, that was the selfish part. I knew someone who had been to hell would know how to reach others who were there also, the ones I wasn’t able to help. So I feel less guilty about keeping Jude going than I do about losing the cases like the one we were working on now.

“I’ll be back around three this afternoon. I’ll let you know how it goes,” Jude said.

I finished up work on a couple of neglect cases that KKS, Keep Kids Safe, had been wrangling about with county social services. Our mission was to make a fuss over the cases that fell through cracks of the overburdened foster care and child protective services systems. Most kids most of the time get processed in a quasi-efficient manner. Any kid whose broken edges or deformed surfaces make him or her tough to roll through the system can end up stuck in a bad place, or worse, lost altogether. These kids don’t have any bureaucratic skills or political connections, so we become their squeaky wheels.

Our relationship with county social services is definitely love-hate — love to hate and hate to love. Recognizing that county social services is understaffed and underfunded, problems are bound to happen. We bring them to light, make a stink, and try to get them resolved. They love to hate us for that. But we also help them avoid the true disasters, like the little girl in foster care who Florida Social Services lost and was never able to find again, not after years of looking. They hate to love us for preventing those disasters in Grand Rapids.

There is one island of cooperation where KKS and social services have learned to work together, and with the police – the sexually abusive mind control case. And it all rests on Jude’s skill as an investigator. He is able to pry loose information none of the rest of us can get access to. Since Jude is himself a confessed, albeit not convicted, sex offender, he could never work for social services or the police. In fact, I had to use every chit I had to get my board of directors to hire him, and even then the vote was five to three. But since he came to KKS five years ago, his work has made KKS a success in an area where I had repeatedly failed. I’ve tried over the years to give him a raise, increase his hours so that he would qualify for health insurance, to give him a better title than investigator, but he always refuses.

I was gazing out the window at the Pearl Street Bridge, watching the traffic start to build for rush hour, when the door opened and Jude came in with the same expression he’d left with.

“Good,” Jude said. “The grandfather taught Margie to ride the horsey, just like Mommy used to do when she was bad. If Margie tells anybody about riding the horsey, not only will all her friends know she’s a bad girl, but Mommy will be thrown out of heaven and into hell where she has to ride the horsey forever to pay for Margie’s bad behavior.”

“What a sick bastard,” I said. “Do you think there will be enough evidence to convict him?”

“Not for the mother. She’s dead, and an autopsy wouldn’t do any good because she gave birth after the abuse,” Jude said. “But the mother’s experience can be used to show a pattern of behavior, making for a heavier sentence.”

“How can we bring in the mother’s experience if she can’t testify?”

“Margie told me her mother kept a diary. She discovered it when she found her mother’s corpse. She hid the diary from the police and her grandfather. I called Sergeant Elkins. He’s getting a warrant to search the house now. The grandfather will be detained pending the search. Social services is picking up Margie from school.”

“You’re a miracle worker, Jude,” I said, patting him on the shoulder; it was as much physical contact as he would tolerate.

“Well, let’s see what’s in the diaries. It won’t be the first time a victim has lied about something like this,” he said with a shrug.

Jude was late arriving the next morning. He stopped off at the police department to get a copy of the diary from Sergeant Elkins.

“It looks like the grandfather is a classic pedophile,” Jude said. “He began abusing the mother when she was about eight years old. After she started getting pubic hair, he made her shave it off. He continued abusing her until she had her first period, and then he lost interest in her.”

“What did he do then? Go after nieces or local kids?” I said.

“It’s not clear. The diary was written the first year after the mother started menstruating. Then apparently she found a boyfriend,” Jude said.

“She was about fourteen. The guy was nineteen, worked in a nearby auto body shop. She eventually got pregnant with Margie,” Jude said.

“Let me guess, the guy took off and she stayed home with daddy, raising his replacement love interest.”

“Right, as the time got closer for Margie to be disciplined by the grandfather, the mother started using heroin. She had a couple of minor-in-possession arrests, sentenced to probation,” Jude said.