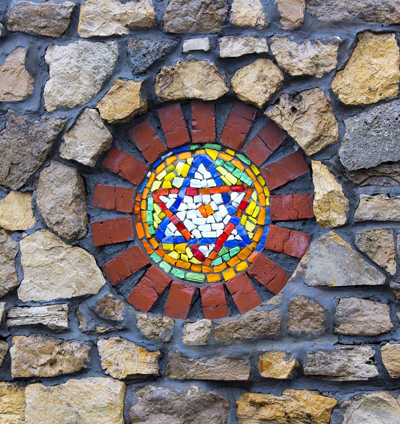 Jesus died for somebody’s sins, but not mine. – Patti Smith, “Gloria”

“Hindsight is 20/20” the saying goes but it’s not true. My own sight hasn’t been 20/20 since the third grade, the first year I had to wear glasses because I couldn’t read the blackboard. My first set of glasses, vintage mid-1960s, were those only-now-chic cat-eyes with the little rhinestones in the upturned corners. I didn’t pick them out for myself and was secretly glad when they shattered a few years later and I got new, different frames.

When I bought my current pair, a few years back, I was furious with my husband. We were living with the aftermath of the only true crisis we’ve ever had in our forty-some years together, and when I went to fill the prescription I felt entitled to whatever would make me look good, whatever would please me, damn the expense, yes I want all the upgrades, thank you very much, and yes, they do look good on me.

Beyond “his fault,” beyond “my fault,” lay an unexamined past, assumptions prompting bad decisions, with rationalization riding shotgun. It wasn’t about, say, the time he fell asleep on the sofa, sometime in the hours when night gives way to dawn and his glass of red wine—was it his first, or third, or the last in the bottle?—spilled and left a stain so indelible we just flipped the cushion over, or any of the other small incidents that summon to the surface those lurking resentments from the deep.

No, it was one of those times when what happened prompted the thought and then the question “Do you want to get divorced?,” which is a stand-in for “Should we get divorced?” and he said “No, no, no,” and I could see he really meant it, and I demanded we go for counseling and he knew this time there was no choice.

We went to our first session and there, I said all the things I needed to say. I said them as they needed to be said, the whole truth as I saw it, unvarnished and raw.

And he listened and he heard me. And then it was my turn to listen, and we faced the past and the present, all that had been swept under the rug where it festered, and I knew we had a future. And then, even in that fresh, yawning chasm, wounds began to knit into scars. There would still – always – be phantom pain, stirred when memories were jarred. But love, deep and abiding, endured, our binding tie.

What’s true for marriage partners can be equally true for peoples, cultures, nations: an unexamined past exudes poison.

It’s human to want to be the good guy, the hero in your own story. It’s also human to resist peering into the abyss that demands more, that demands we stare into the stark black and white manifest of history, its unedited facts, injustices, and atrocities.

We cannot just write our own tale and be done with it. We have to know the tales of the Other, even when their narrative vies with ours—and even more when their history complicates our understanding of our own. And then we have to look deep into the mirror, into our own eyes, the windows to our soul, and confess.

President Barack Obama spoke to this in his eulogy for Reverend Clementa Pinckney, the black pastor murdered in his Charleston, South Carolina, church in June of 2015 by a gun-wielding, unrepentant white racist. Obama quoted Pinckney, saying, “Across the south, we have a deep appreciation of history. We haven’t always had a deep appreciation of each other’s history.” Then he said, “What is true in the south is true for America. Clem understood that justice grows out of recognition of ourselves in each other; that my liberty depends on you being free, too.”

Steven Conn, professor of history at Miami University in Ohio, charted an adroit guide to navigating this terrain. In a post-Charleston editorial, he distinguished between history and heritage.

History … is our attempt to reconstruct and understand the lives of those who came before us – the good, the bad, and the ugly. History follows rules of evidence and interpretation…The results of history reveal the complexities and contradictions of the human experience and force us to grapple with nuance and paradox.

Heritage…is a mythologized version of the past, stripped of all the unpleasant parts. Heritage remains largely impervious to historical evidence and relies instead on a past-as-we-wish-it-were version of events.

The same holds true for religion.

I know this from personal experience.

My mother-in-law is an evangelical Christian. Jesus is the rock on which she has built her life. She wants, she needs, to share His boundless love.

Her eldest son, my husband, is an atheist. He brusquely deflects her appeals; she fears his quick temper.

That leaves me, her Jewish daughter-in-law.

I used to welcome her conversations about religion, her questions about Judaism, her interest. For years I thought we had a mutual understanding; that we were, as I call it, “good neighbors over the fence,” but I was wrong. “Jesus was a Jew!” she made sure to tell me, as if I didn’t know that, as if I could be “saved” and still be Jewish. No matter how often I’ve demurred, how clearly I’ve spelled out the irreconcilable differences, her hope persists, like raindrops hoping to wear through granite. She’s only succeeded in wearing through my patience and testing my civility.

I once asked my sister-in-law, “Does anything work, get through to her?” She and her husband – my husband’s brother – are secular Christians at best, enjoying the holidays, nonchalant towards religion. They don’t belong to a church; their sons received no religious education. They’ve all been courted as prospects too. Once, when the boys were young, our mother-in-law privately took them aside, to counsel them about Jesus and salvation, with a wink and a nod to “our secret; don’t tell your parents.”

The boys were unimpressed, the secret short-lived. Their parents responded with remarkable aplomb, trying to model how to act with respect toward those whose beliefs don’t include respecting yours.

It wasn’t the last such incident. Such moments take their toll.

“No,” my sister-in-law replied. “Believe me, I’ve tried, I’ve tried everything. I’ve been nice, I’ve been angry; I’ve said things I couldn’t believe I actually said to my husband’s mother! It doesn’t make any difference.”

I’d often wondered if things would be different if I’d been less diplomatic, more forceful or sharp or cutting. My sister-in-law assured me nothing would have changed.

She can’t help herself, we agreed. But, unlike my sister-in-law, it leaves me with a thorny additional problem, the bitter fruit of whitewashed religious history: