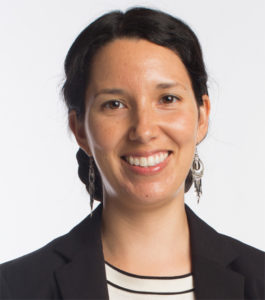 My friend Jennifer and I had an interesting tug-of-war with words after I commented on the term “illegal alien.” I was sitting on a bright red rug in her home, while she sat in a nearby chair, bending her head over a pot of steaming water to relieve congestion. She’d been sick the past few days, and her blonde hair was pulled back into a ponytail.

“I participated in a racial reconciliation circle last night and I couldn’t believe someone used the term ‘illegal alien’ in a racial reconciliation circle,” I complained. As provoking as that was for conversation, the real reason I’d mentioned this was to show progress compared to my usual rage. I’ve often played the role of the angry Latinx in those situations. And working in the social justice field, I often find myself in them.

“I was triggered and angry,” I explained. “It was dehumanizing and hurtful. But I also had compassion for her ignorance.”

I was looking for empathy maybe, or congratulations even that I could catch a glimmer of something beyond my own anger.

“Well, it’s not really ignorance,” Jennifer replied. “Because that implies that there is an active ignoring. It’s inexposure. I’ve used the term ‘illegal alien’ and didn’t know it was wrong.

I felt a flash of irritation. I didn’t want Jennifer to have compassion for the woman, but for me. After all, I was right.

“Well, I think there’s a responsibility to learn. We have access to a wealth of information,” I pointed out.

“Yeah. But too much information,” she countered.

I could feel the heat rising in me, so I brought my attention to my breath, deepening my exhale.

“There’s a responsibility on both sides. To both learn and teach. We’re in this together.”

I paused. In the space of another exhale, I called on the wisdom of James Baldwin in his piece, Letter to My Nephew. I chose my words carefully before speaking again.

“In all his compassion and forgiveness of Whiteness, James Baldwin called it neither ignorance nor inexposure, but simply innocence. Perhaps that’s how I should see it,” I said. In a way, I felt I was conceding, or at least avoiding an escalation.

The conversation veered in another direction. But I continued to think about the discussion, how Jennifer and I ended up playing out—in microcosm—the social dynamic of race, a script for a thousand situations I’ve seen or been in:

Person of Color: Wants racial injustice and suffering to be seen and recognized. Has energy of passion, anger, righteousness.

Person of Color: Becomes angry with the White person because he or she has refused to acknowledge or validate the injustice and thus their pain.

Of course, it’s a much more complex dynamic, but it’s also that simple. And it’s fascinating really. Blindness is the fuel injustice needs to survive. That blindness, innocence perhaps, or more harshly, ignorance, is the destructive force itself. White people are not the problem. The problem is in the many attributes that White people take on as a result of their whiteness, meaning their access to opportunity and ability to shape and control American social and cultural norms. One of these attributes is the blindness to the day-to-day challenges that people of color face as a result of racism. Unawareness of the problem maintains the problem. If we don’t see the suffering, we don’t have to fix it.

A few days later, I was still mulling over how to have compassion for the person whose foot is on our throats, who doesn’t even know his foot is there; the person who doesn’t know that the word they just used has gouged at a wound, who has created a wall between them and my loved ones. Naturally, the instinct is to fight violence with violence. To meet hate with love, as Martin Luther King and Gandhi instructed, is so much more difficult.

That morning, I woke up and meditated as usual. The air was chilly, and the light was still soft across the wooden floorboards as I sat cross-legged with my attention on my breath. In my meditation I envisioned a circle of light, compassion, and love. At the end of the time, I rose, did some yoga and ate a bowl of warm oatmeal. I was readying the water for a bath when a realization came to me.

What I realized was that our lack of awareness for the suffering in society is the same as a lack of awareness about ourselves. Conversely, the same process by which we raise our level of social consciousness is the same as raising our awareness of ourselves. The collective body does not function very differently from our individual bodies, and in either case, if there is a wound we are ignoring, or that we don’t see, then it affects the health of the entire body. An infected cut causes fever in an individual’s body, so we must clean, bandage, and apply salve to it.  Racism causes discord in the collective body, and we must treat it similarly.

A while back, I attended a city council hearing concerning the removal of confederate monuments. The council chamber is decorated in 70s-esque wood paneling, from the floor tile and council benches to the waist-high barrier that divides the councilmembers and the audience. The blue curtain hanging from behind the council bench attempts regality.

That night the audience was large, over a hundred concerned citizens seated in pockets of segregation. The majority of those in favor of removal of the monuments were Black residents, and the majority of those who opposed it, were White. Black residents spoke about the pain, hurt, anger, and the psychological damage of passing by the monuments every day. A number of White residents scoffed at the idea of removal, asking the council to focus on more important issues such as the poverty and violence in New Orleans.

It was clear the White residents weren’t able to see the living history of racism embodied by the monuments. They weren’t able to see that the same racism embedded in the monuments was also embedded in the policy structures that were causing the poverty and violence about which they were complaining. The statue of Jefferson Davis overlooking Canal Street not only was a stamp of approval of slavery, but also of separate but equal, Jim Crow, red-lining, the prison industrial complex, and all other policies, past and present, that have created a racial caste system. Most importantly, they couldn’t see that if they helped to elevate the poorest and most vulnerable, everyone would prosper.

We have to look deeply at the world around us to liberate all of us. Likewise, we have to look deeply at ourselves to understand and liberate ourselves. These are one and the same, and we treat the suffering in the world the same way we treat it in ourselves. Just as I become angry at others’ blindness, I’ve noticed I am also intolerant of any sign of ignorance in myself—so much that I often outwardly transmit an energy of firm knowing, firm-believing that comes off as arrogance. Of course, with deep looking I see that I am actually just afraid of not knowing and what that might say about me. Likewise, perhaps my friend Jennifer treats the anger and discontent in herself in the same manner as she treats the anger and injustice of the world.

Vietnamese Buddhist monk Thich Nhat Hanh advises that we should treat our negative emotions or mental habits like a mother would treat her crying baby, embracing and soothing it with careful presence. So that when I see ignorance in myself, I can smile and offer forgiveness. So that when we see anger in ourselves, we can relieve it. If we could learn this skill for ourselves, then we would know how to treat each other. We could change the script:

Person of Color and White person: See and recognize the injustice and suffering. Show empathy, compassion.

Person of color: Sees that the burden of change is shared. Feels some relief, gratitude even.

White person: Begins to be part of the solution. Feels some relief, gratitude even.

When we learn to love our own suffering, whether it is ignorance or anger, we are also learning to love each other and the world around us with all of its flaws. And when we take care of each other, we are showing love to ourselves. With this compassionate awareness we can heal ourselves and the world one interaction at a time.

Florentina Ramirez Staigers is a social justice attorney with a background in sociology. She has worked in immigrants’ and women’s rights and racial equity for fifteen years. Her writing focuses on race, gender, and class and she has been published in Ebony.com, Lunch Ticket, Drunk Monkeys, Mused, and The Humanist.