Michael Pilarski | The power of one, amplified over a lifetime 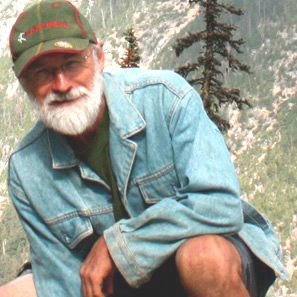 The Power of One is multiplied by the ripple effect that spreads out from our individual actions. For instance, I calculate that I have personally planted 70,000+ trees.  Certainly many have died for one reason or another, but many are still alive and busy sequestering carbon, providing food, habitat, and so on, and some are making seeds that grow into trees and make more seeds and so on.  My brother, Snowquiet, has planted over 1 millions trees in his tree-planting career. That is a big power of one! Not many professional tree planters reach the one million tree mark.

Since 1974 I also have invented and organized over 100 large events. Some of them only took place only once, but others have continued over the span of many years. For instance, the Okanogan Family Faire (aka Barter Faire) has happened every year since 1974 and inspired many other barter faires. These have influenced many thousands of people across several generations. The total economic impact is many millions of dollars of goods exchanged. I also co-founded the first Tilth conference in 1974, which has continued ever since, impacting the organic farming movement throughout the Pacific Northwest and beyond. It all started with that first one.

I broke even on most of these events, although I lost money on some (and had to pay the loss out of my own pocket). Over my entire career, I figure that I broke about even. But it was never about money. I am going to do these things, come the proverbial hell or high water, because they need to be done. Someone has to step up to the plate and bring the human family together in meaningful ways and it might as well be me.

My latest gathering is the Global Earth Repair Conference, which will bring together 500 Earth repair people to combine their knowledge and wisdom. I hope this one event, invented by one person, is going to be of service to the whole world. One love.

Michael “Skeeter” Pilarski is a Permaculturist, wildcrafter, and specialist in medicinal herbs and seeds. The founder of the Friends of the Trees Society, and of many Earth-centered gatherings, he can be reached at friendsofthetrees@yahoo.com.