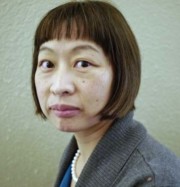 The Foreign Devil was called so because no one knew what his real name was and because he did not look like anyone else in town, Han or Tibetan. Years later, when I saw a picture book of Santa Claus, I thought to myself, “If Santa Claus would lose so much weight that his cheeks were sunken rather than plump, that his color was grayish rather than rosy, and, if […]